The Mysteries of Southern Pines GC

The Mysteries of Southern Pines GC

The Mysteries of  Southern Pines GC 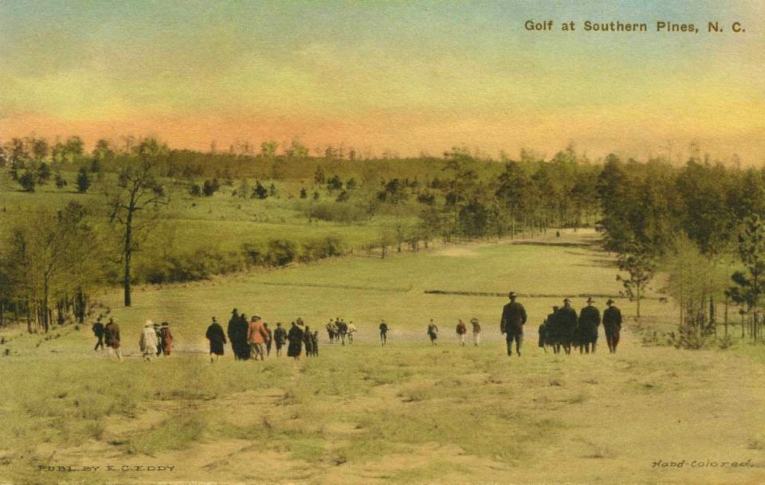 There’s been quite a bit of talk on GCA about the course, or rather, courses of Southern Pines. Much of the information has been uncovered. However, there are still quite a few parts of the century-plus saga which have not been sorted out. Mystery is great. I think it’s fine when some old trail only goes so far. But, it can be interesting to attempt to find out how some of those early configurations went, as well.

A lot of early Southern Pines golf was addressed in the essay I did a while back on GCA:

Still, there are other elements which still remain unidentified. These images have been sitting in a folder for a few years now. It doesn’t look like I’m going to do anything with them anytime soon. So, why not just put them out there and let others have a go at it?

The purpose of this piece is to hand it off to others in case someone wants to try to figure it out. Basically, I’ve written what I know. Anything beyond that would be speculation. So, if you want to know an answer, you try to figure it out from the materials presented.

There were actually a few courses in SP prior to the establishment of the club as we now know it. The “course” at the Piney Wood Inn began in 1896 (before Pinehurst had a course). 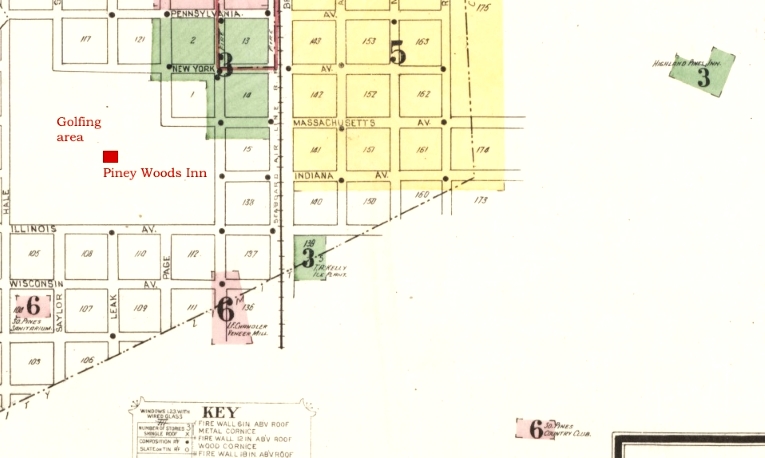 The PWI was across town and the course did not survive long after the hotel burned circa 1913.

There appears to have been a course connected with the Boyd Estate (Weymouth) and/or the Highland Pines Inn. 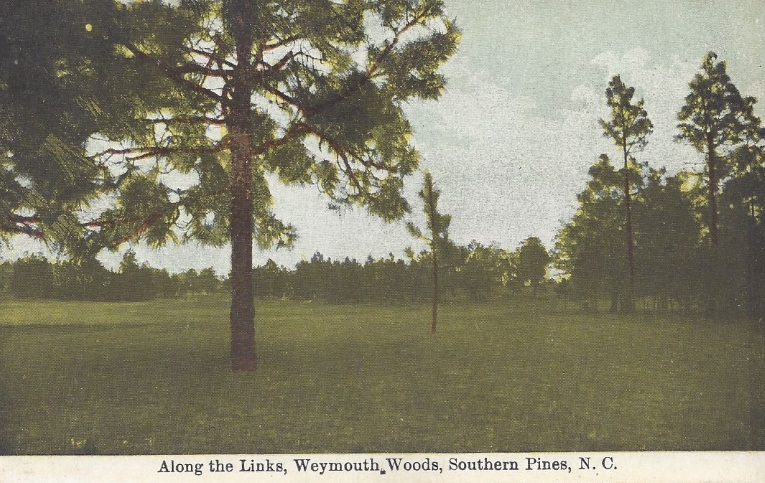 It is not known if this course connected to an early version of today’s SPGC. You can see the HPI not too far away (400 yards?) from the presumed early version of SPGC. The location of the following holes remains unidentified. 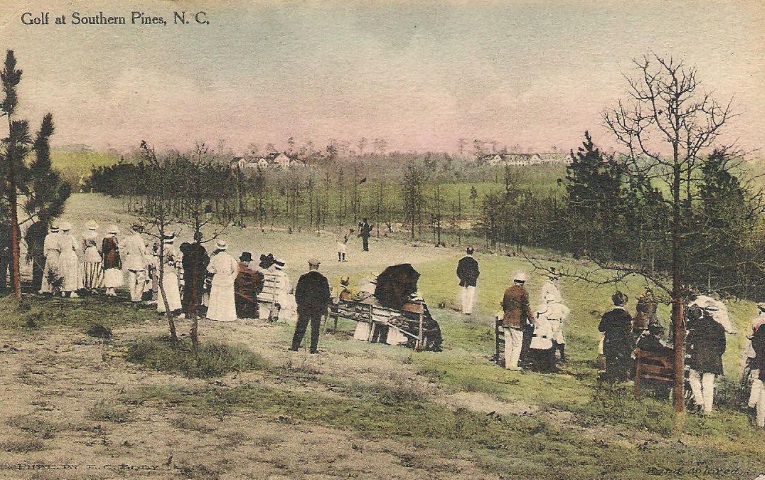 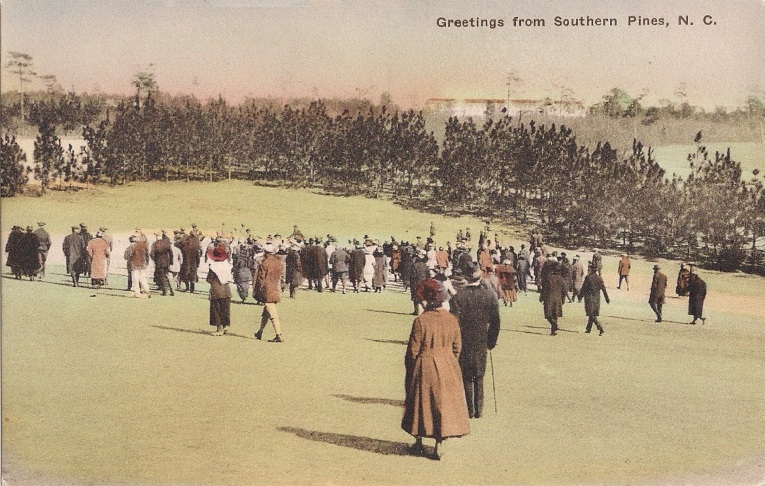 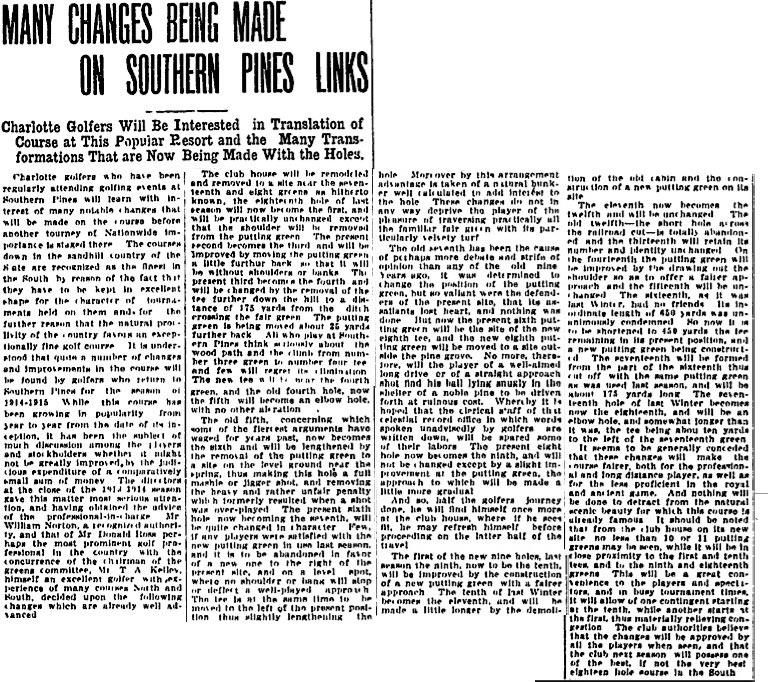 This is the full size of this 1913 article. Courtesy of Mike Cirba. 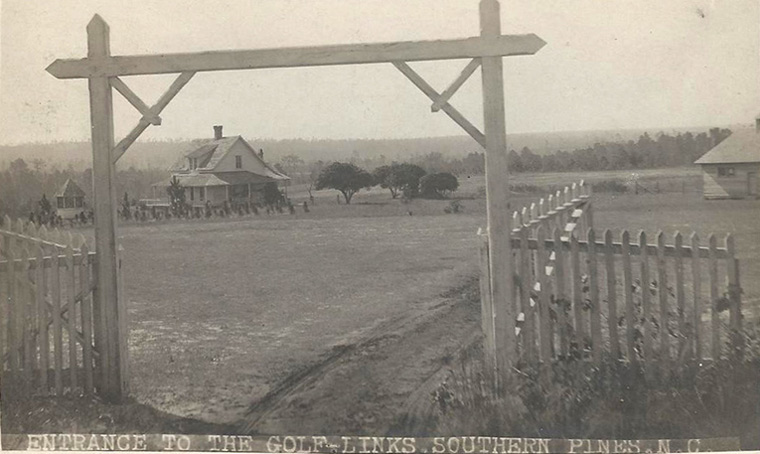 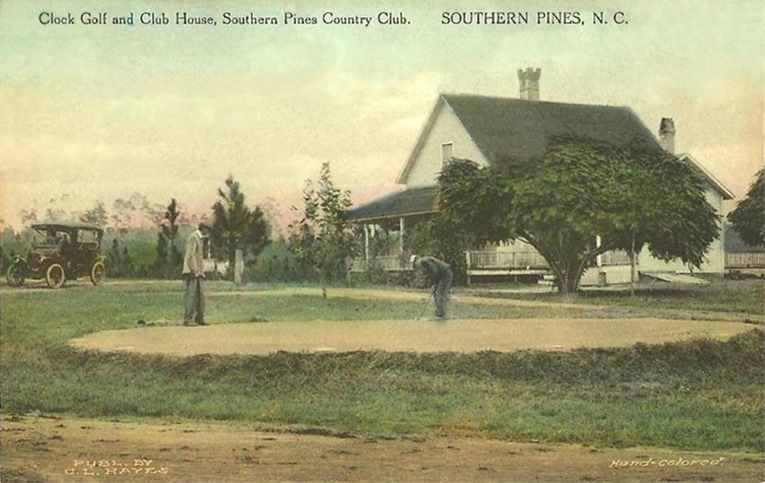 Some of the presumed “Early SPGC” images have the holes labeled. I do not know where these hole were located. 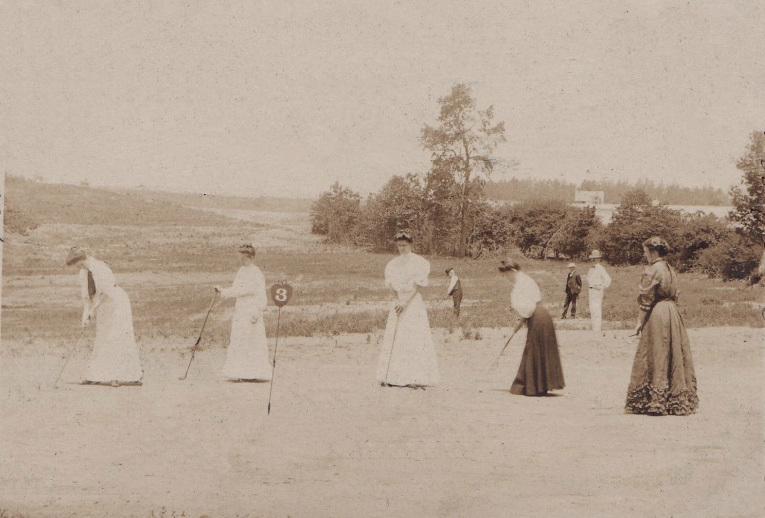 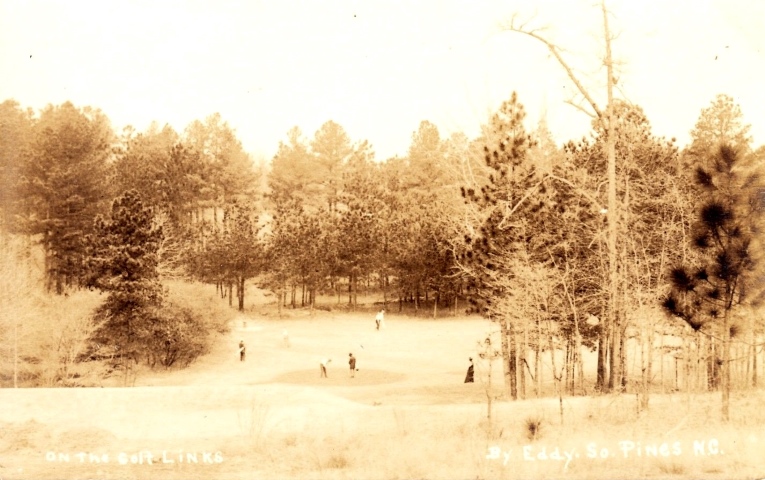 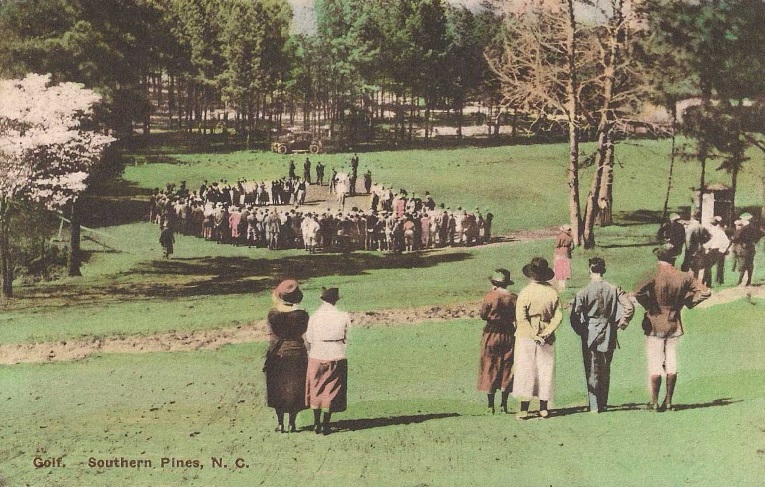 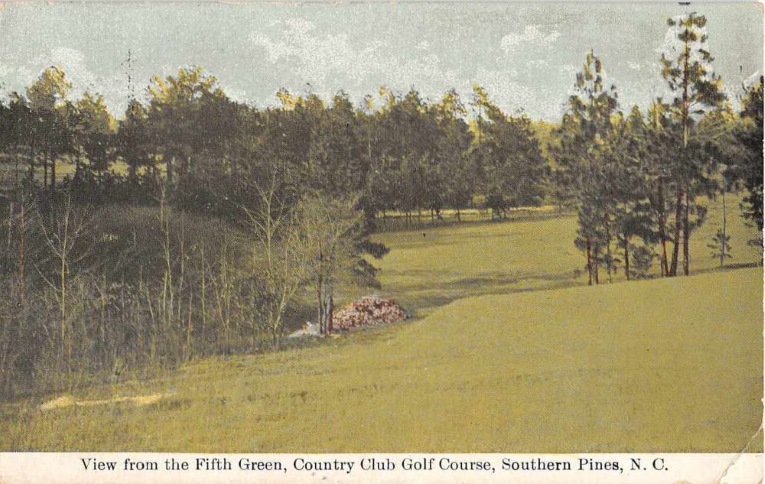 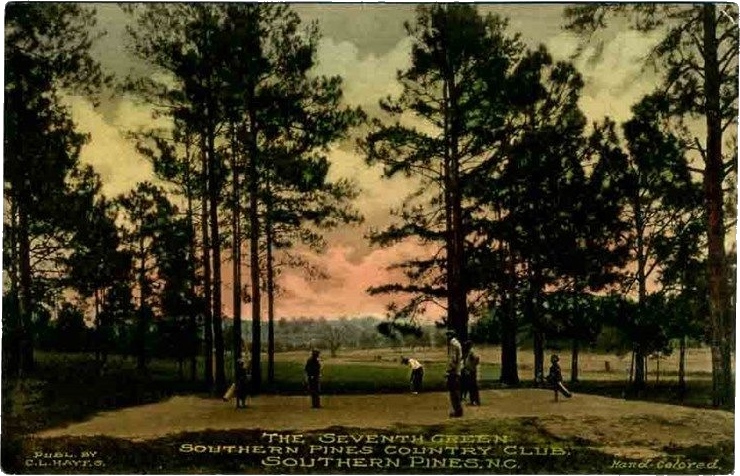 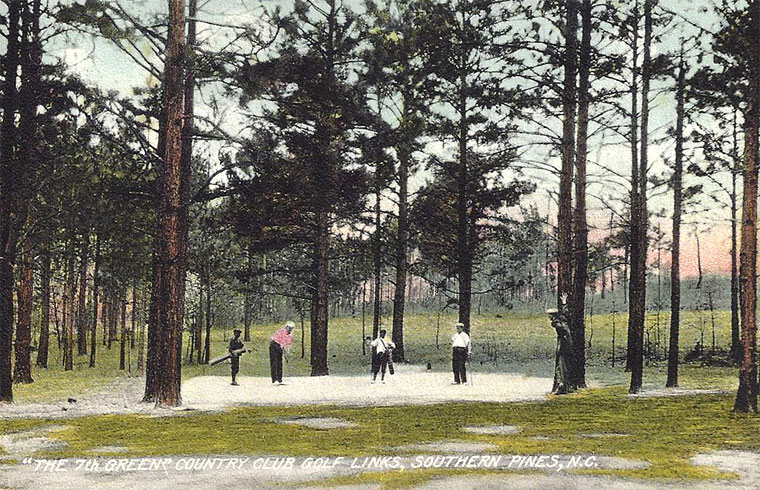 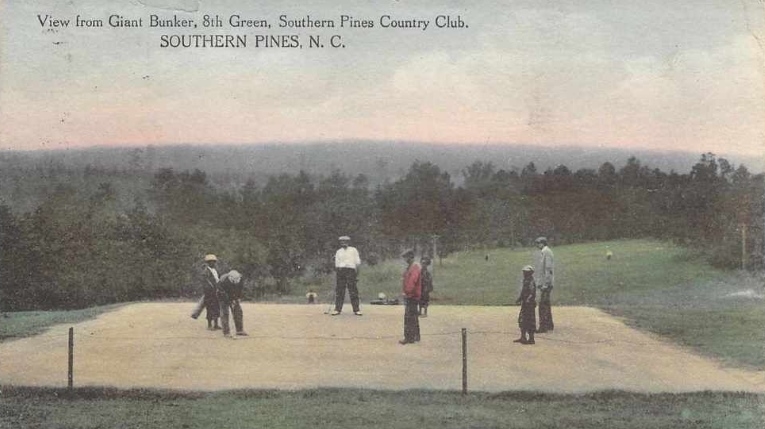 Some of the “Early SPGC” holes are not labeled. 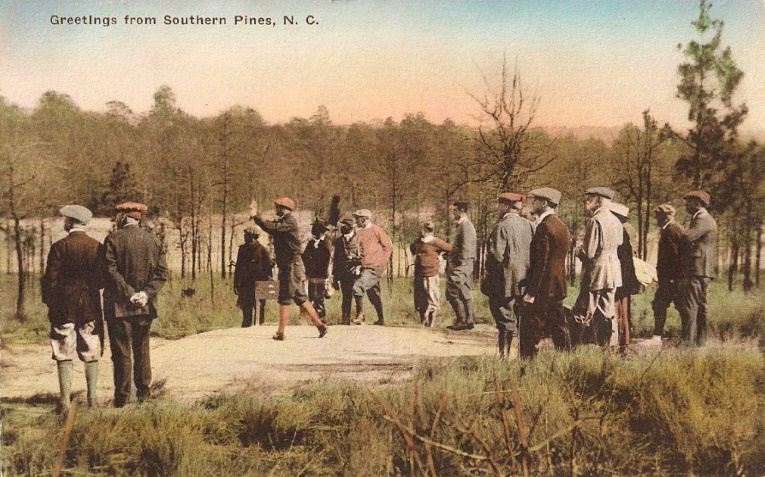 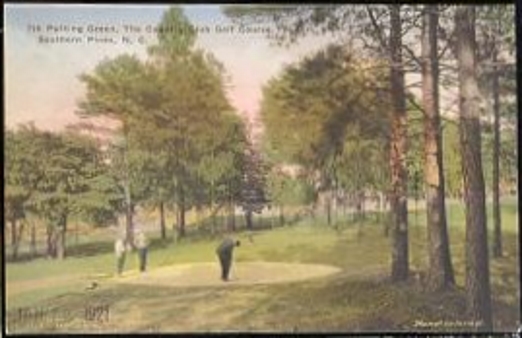 As the article on page 4 details, Ross did at SPGC what he did at many places. He took a rough hewn course and made a proper one out of it. In the case of SPGC, he also gradually added a second full course. The 3rd 9 opened in 1924 with the 4th nine opening in 1929. 1939 Plat Courtesy of Brandon Livengood – No. 2 Course in yellow.

No. 1 Course remains the same as in the 1939 plat. Nine of the original No. 2 Course holes are overgrown. Nine of the Donald Ross holes have houses placed on top of them.

No. 2 Course was fully opened in 1929. It was closed circa 1933 due to the Depression. During its brief time a match between the best women golfers of the day was held.

It was also filmed.

You can view the film and read the information about it here:

It appears the match was held on both SPGC courses.

Here is one unidentified hole from the match: Courtesy of the University of South Carolina

Well, there you have it. Interested parties now have quite a bit of information to comb through and piece together.