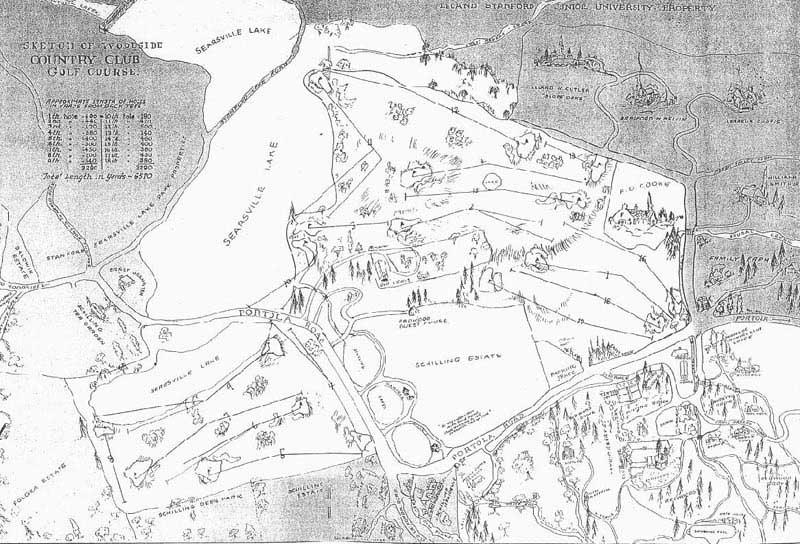 For a fleeting moment in the Roaring 1920s, Woodside almost had its own top-quality golf course, designed by the famous Dr. Alister MacKenzie. The towering redwoods of Portola Valley would have made it spectacular.

We know this due to the work of the late Dorothy Regnery, the Portola Valley Town Historian, who did extensive research and kept excellent files on the club, which was launched in 1926, but failed long before it was completed due to the 1929 stock market crash.

The cache of files reveals the mystery of the Woodside Country Club. What a surprise to find a MacKenzie golf course in the heart of Portola Valley (and also on the San Andreas Fault).

Needless to say, I was stunned when I opened the sales brochure while doing research at Stanford Library and saw the layout of a golf course with the caption, “I pledge the members of Woodside a course perhaps not the greatest in the West, but certainly one of the three outstanding courses of the Pacific Coast.To it I will devote more of my personal attention than I have given to the construction of any course within recent years, not even excepting Cypress Point.” So said Dr. Alister MacKenzie, master designer of golf courses. 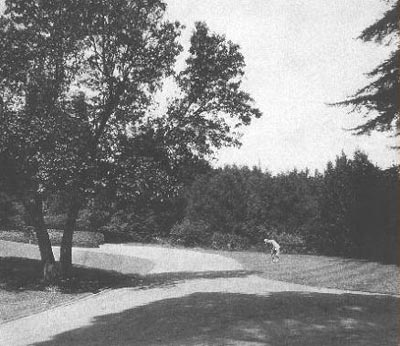 The country club would have been impressive. It was to have all the amenities you would expect. A nine-hole putting green was tucked in neatly near the clubhouse. There was room for stables and saddle horses, picnic grounds and flower gardens, kennels and tennis courts, and finally, a swimming pool and a bathhouse. 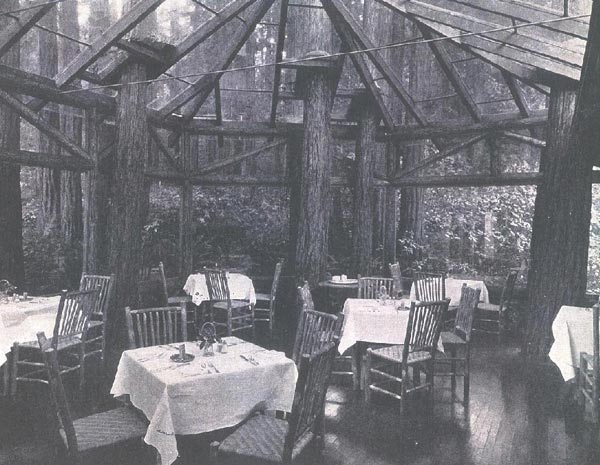 Can you imagine a country club in the redwoods where trees 28 feet in diameter, over 375 feet tall and 1500 years old once stood? A lake with golf holes across inlets, with boating and swimming.Next to the lake, there was a miniature golf course in the fall of 1930, which was built by two Stanford students. Then of course was the riding club with 12 miles of bridle paths. The clubhouse was used for entertaining and there was a lodge for overnight guests. The accommodations were excellent.

The Woodside Country Club was established in 1926 when A. Roy Lyon, a San Francisco businessman, and other investors purchased 400 acres from Clarence (Dade) S. Crary, a Burlingame banker and Stanford graduate.The land had been the estate of Edwin R. Dimond, an internationally known sportsman. His residence was remodeled and became the clubhouse. An outer dining room was erected around seven redwoods

The price was $237,500, and the intent of the new owners was to sell 400 lots for $2,500 each. Mr. Crary had purchased the land for $85,000 a year earlier as an investment. One of the conditions of the sale was that the trails would be maintained. Mr. Crary arranged the financing and borrowed money from his brother Charles, a local banker. The brothers received lots of their choice and became charter members. Stanford University leased 30 acres to the club with the stipulation that it be used for a golf course.

The Redwood City Standard of December 15, 1927, announced that Robert Hunter and Dr. Alister MacKenzie had been selected to design and build a golf course, which would be 6,400 yards long. The contract was for $90,000, but the course never got past some preliminary grading because of the 1929 stock market crash.

The crash was the most significant factor in the failure of the club. Some of the lots were combined into three or four acres in an effort to sell them.Another downside could have been the lack of drinking water. The California Water Service Company did not provide service until later. On Nov. 11, 1930, a drawing was prepared for the layout of the irrigation system. This would indicate that there was an ongoing effort to keep the club alive.

Each member received a book, which describes the organization and membership requirements with a list of charter members. Five hundred copies were printed as a special edition. The pictures of the clubhouse are excellent. An aerial view drawn by the Nahl Art Studio in San Francisco illustrated the various features of the property. To the north was Searsville Lake, and on the south was the Family Farm, a country retreat. Portola Valley Road ran through the property with the golf course site on the east (Searsville Lake) side and home sites on the west up to Skyline Boulevard along what is now Old La Honda Road. Big Tree Rd is near Skyline Blvd.

Mrs. A. H. Audiffred, a member of the club, gave her son Jac her book, No. 200. He is an honorary Woodside fire chief and continues to live in Woodside. 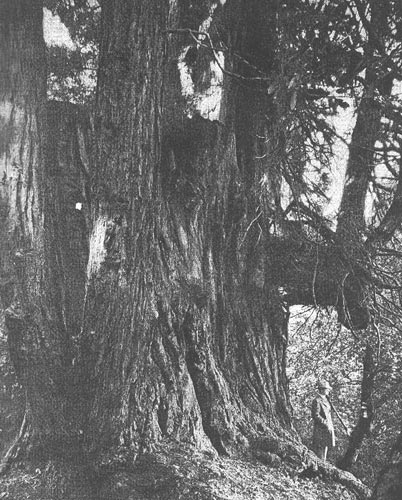 According to MacKenzie, ‘the redwood is as lovely as it is rare.’

One unique feature of the ‘club to be’ was a swimming pool designed by Haig Patigian, an internationally known sculptor from San Francisco. He did the bust of Gen. Pershing that was unveiled in Golden Gate Park in 1922, and was president of the Bohemian Club from 1920 to 1922.The pool was shaped like a cloverleaf and had a beautiful nymph statue on the edge.A dragon was painted on the floor of the pool. Eleanor Crary, daughter of Charles, remembers swimming in the pool, although the water was a bit cold.

When the club failed, the land reverted to Clarence Crary and Stanford University. Clarence lost everything and went to work for the WPA. He died in 1933. Charles Crary was given 100 acres of the upper portion of the land. The rest went to a Los Angeles banker.

Further, a golf historian Rick Lund, found two references in golf publications that announced the opening of the new course in 1931.n 1938, it was listed in the Golfers Year Book.Very impressive for a golf course that was never built!

Had the course been built, it would most likely have had an affect on the membership of Sharon Heights Golf and Country Club. Woodside would certainly have been one of Mackenzie’s true gems.

This was not the first effort to build a golf course in Woodside at the same location south of Searsville Lake. The Woodside Golf and Country Club filed papers of incorporation on May 31, 1910.In March a letter from W. N. Drown of Drown, Leicester & Drown of San Francisco was sent to the Stanford board of trustees requesting permission to use Searsville Lake for boating and swimming.Almon Roth was present at the trustees meeting in 1910. He most likely provided the link to 1926

The golf course was laid out directly above the San Andreas Fault zone. The east side is moving north and the west is going south. In 1906, the land in Portola Valley moved 8 ft. horizontally and 3 ft. vertically.Sausal Creek is on the fault zone and was most likely a fissure from the 1906 quake.Four holes cross it.A quake today could move the area about 6 feet.

1. The earthquake is to be treated like a weather delay. Mark your ball and return when the ground stops shaking.

2. Fissures in the fairways and greens are to be treated like GUR.

3. Trees across the fairways are to be treated like GUR.

4. Disputes are to be settled by a play off on the 18th, if it is playable.

5. If the hole moves more that one-foot, relief is permitted?

6. If playing a hole by the Lake, run like hell?

7. If the green moves more that 6ft., the hole may be skipped?

8. Quakes less than 3.0 will not be considered.

9. If someone is injured, call 911? The person is to post an adjusted score in accordance with the rules.