Michael Fay co-founded The Donald Ross Society in 1989 to help preserve Ross’s courses and ideals. His recently published book Golf , As it was Meant to Played also highlights Ross’s work and his design principles.

1. What inspired you to pursue your recently published book Golf, as It Is Meant to be Played?

Universe Press, Rizzoli International, approached me to write the book, so I suppose the advance they paid me inspired the actual project. Once it was agreed as to the format (mostly my idea, as I don’t believe that anyone at Rizzoli has ever played golf) the inspiration came from the wonderful experieces I have had over the past eleven years with the Donald Ross Society.

2. As you were compiling the information for the book, what was your greatest surprise?

The information was already compiled from my many experiences and visits to the Ross courses great and small. The only surprise I had in putting the book together was that a couple of the courses I originally chose were not cooperative in the program. I could not conceive how it could do anything other than highlight their assets.

3. After Pinehurst No. 2, to which course did Ross devote the most personal attention?

It is hard to say. Two likely candidates are Essex County in Manchester by the Sea, MA and Pine Needles in Southern Pines. Ross was employed by Essex County for some time as the professional and greenkeeper and lived near adjacent to the property. Ross played a good deal of golf at Pine Needles in his later years and I think he tinkered there a bit. Pinehurst # 2 was really his only life work. He built it first in 1907, totally redesigned it in 1924 and again in 1936. The course played in the 1999 Open Championship was really a stretched version of the ’36 design. Rees Jones did clean up some trees and added a number of closely mown areas near the greens (i.e. chipping areas) but other than that he did very little. Frankly, the work he did was very, very good and I was happy to see that he knew when to stop.

4. What, if any, impact did Bob Jones’s selection of Mackenzie for Augusta National have on Ross?

Ross was consderably disappointed by Jones’ selection of Mackenzie at Augusta. After all the only two projects that Ross ever actively solicited were Seminole and Augusta. Mr. Ross was not without ego and thought that he was best suited for the project. 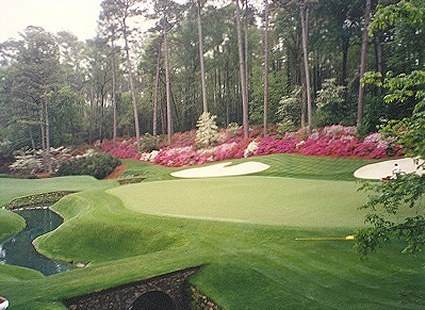 How would this course be different?

5 . What are the common characteristics, if any, of clubs that have done an excellent job of faithfully preserving their Ross course?

First and foremost those clubs that have preserved the Ross characteristics have guarded their green surfaces with great care. It seems to me that the few courses that are virtually unchanged fall into two categories. The larger category is those course that never had any significant money to make architectural changes. The second category is the handful of Ross course where the powers to be over time were introspective and knowledgeable enough to understand and appreciate what they had. This type of tradition must have been established early and followed closely. I suppose it was the feelin that if it ain’t broke, don’t fix it.

6. What five individual Ross holes (from different courses) would you most like to see returned to their original state?

7. How would you assign credit for Seminole as it appears today?

Seminole is Donald Ross from tee to 60 yards from the greens, the fillpads, the greenside bunkering and the green surfaces belong mostly to Dick Wilson. The fairway bunkering has recently been tweaked and I have not seen the result but I understand the placement is the same as earlier. Seminole is an extremely good golf course that has been very closely guarde by a small number of members over the years. They are exceptionally knowledgeable and sensitive to the asset that they have. They have protected the course from thwe ravages of committees and other outside factors that tend to corrupt great golf courses. So I would assign 20 % of the credit to Ross, 20 % of the credit to Wilson and 60 % of the credit to the unnamed forces that heve protected the great work of the first two.

The genius of Seminole lies in its routing.

8. If a student of architecture wanted to gain as great an appreciation of Ross’s work as possible, which five courses would you recommend he go to first and why? 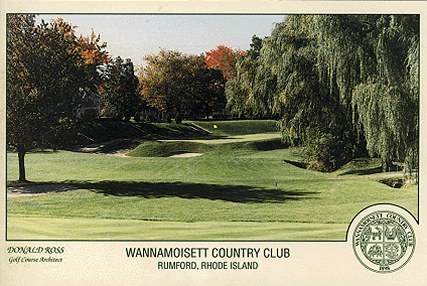 9. If you were confined to play one Ross course the rest of your life, which would you pick and why?

Tough question. Either Holson Hills in Knoxville or Pine Needles in Southern Pines. Both are aesthetically magnificent, they both have a wonderful variety of holes, the flow in both cases is uniterrupted. Neither course is overwhelmingly difficult, but both are challenging on an everyday basis. Both courses are in the south but not in Florida so the climate is good most of the year. If you could move Salem, Essex, the Orchards or Teugega to North Carolina, I would apply for membership. Holston is probably the most underrated of the Ross designs. It has very element necessary to be a great Championship course while it retains playability for the vast number of less talented players.

10. What would Donald Ross’s thoughts have been regarding how Pinehurst No.2 was set-up and played during the 1999 US Open?

I think Mr. Ross would have been very pleased. His course was fair (no lost balls, very little out of bounds and no water hazards), it was difficult as was demanded by the essence of the event, it protected par (mostly at the greens as he often tried) and it was pretty much the same course that he designed in 1936. There were many Open Championships held on Ross’ course during his lifetime and those Championships certainly bolstered his reputation. If he were alive today, I believe his fee for design would have taken a pretty good jump after the ’99 Open. 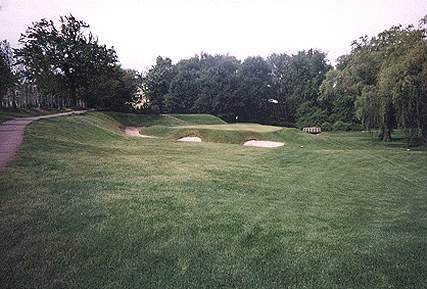 12. How would CC of Havana rate among Ross’s finest work?

I’ve only seen a couple of pictures of Havana before it was allowed to go to seed, so I can’t give a very good answer. I have seen pictures of Havana as it is today and would have to say that it looks as if the beautification and tree planting committees of all the Ross courses got together and did their finest work.

13. What Ross course is a personal favorite with which perhaps the readers may not be familiar? What do you like about it so much?

Teugega, in Rome New York. 6,450 yards’ par 71. Basically flat and wide open. Plays like 7,200 yards, has some of the best green complexes I have ever seen. The first time I played there I putted with my back to the hole three time. Enormously clever in respect to the layout as it is affected by the prevailing winds. While the course is essentially right in front of the player and hides no hazard there are many double bogies lurking for the shot that is not executed with great care. It is a thinkers course and protects par with ferocity at the greens.

14. Which Ross course that has been completely lost through time do you most wish existed today?

I don’t have an answer for this question. There is so much still in existence in the Ross domain I cannot get too excited about that which has totally disappeared.

15. Ross has been credited with well over 400 courses, many of which he never set foot on. Do you think he would regret having spread his name so thinly?

Ross did 413 course according to our calculations, 375 still exist. He was a businessman. People paid him to design golf courses. He was very enterprising and traveled extensively to ply his trade. I feel that he probably regretted that the Depression and World War II interrupted his career or he would have designed many more course . I think if there was anything that he may have regretted it would be that he did not personally oversee a large portion of his work.

A Ross even appears in French Lick, Indiana.

16. If he could, what single lesson would Ross like to impart to modern designers today?

Gentlemen, please keep it simple. You cannot make a natural looking course by moving three million cubic yards of dirt. Length does not a great course make and for heaven sakes doesn’t anyone know how to build a green ?

17. If you were the sole decision maker at Scioto CC, what course of action,if any, would you pursue?

I would dust off the original plans, call Tom Doak and get to work.

18. If time or expense weren’t considerations, which five Ross courses would you most like to see for the first time?