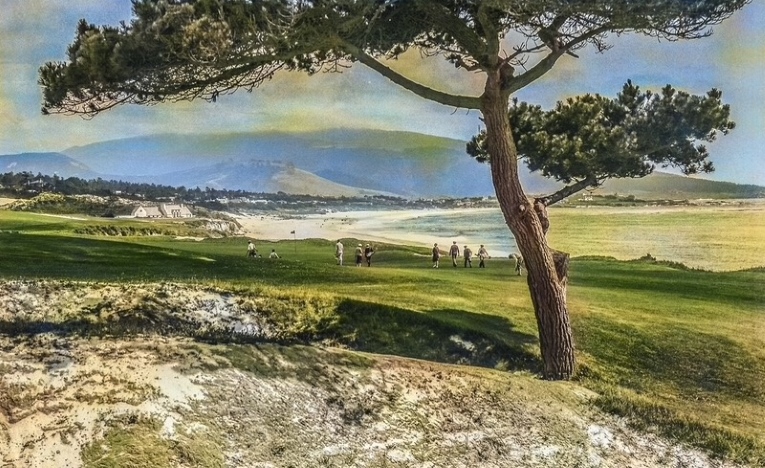 Looking across the majestic two shot 9th and down the beach toward Carmel.

Few places conjure powerful images and thoughts to golfers and non-golfers alike. Pebble Beach is one of those magical spots. So much has been written about the place and so many comments have been rendered, it’s almost cliche. We add these few thoughts on its evolution: 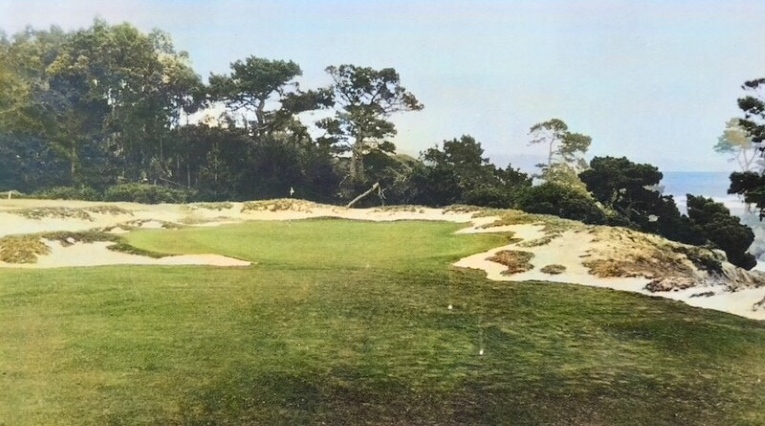 Egan’s dune handiwork is evident around the 4th green. It is every bit as handsome as it would be difficult to maintain in such a blustery environment. 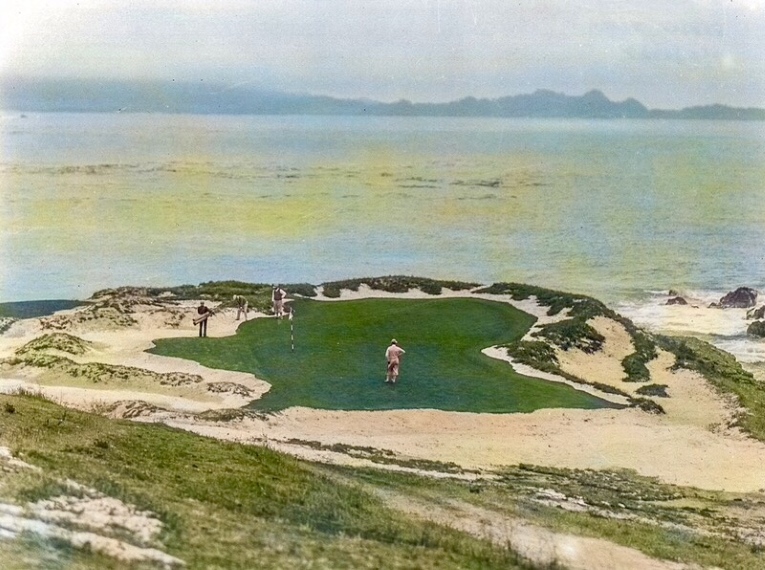 Same for 7th. Bunker depth is required to keep the sand in place on the 7th’s exposed point; to imagine anything else is wistful thinking. On the positive side, Egan’s hazards were connected to his putting surfaces. Too many of today’s greens have an awkward 3 to 9 foot band of rough between the ‘greenside’ bunkers and the putting surfaces. Pity more short grass isn’t incorporated around the greens for variety sake. 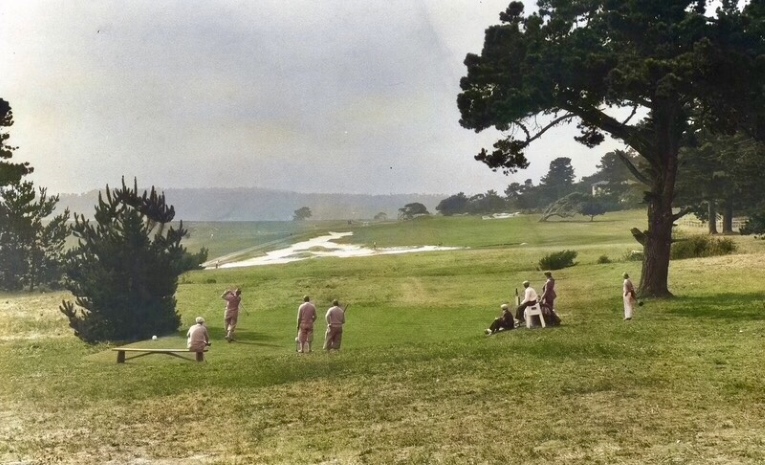 The 13th is one of many fine inland holes, made so by how Egan’s sprawling sandscape worked in concert with MacKenzie’s severely canted, right to left green. 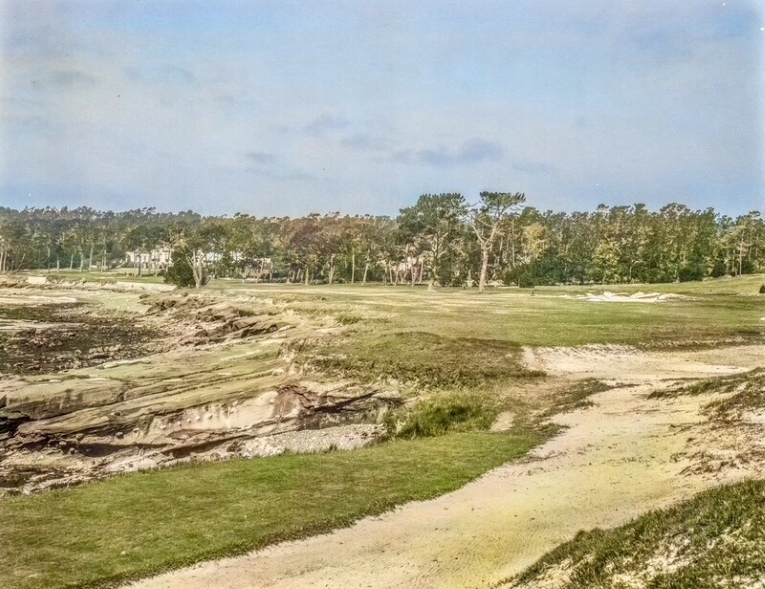 This postcard from the 1930s was before the building boom around the Hotel del Monte. Can you imagine playing there then?! First time visitors these days are often surprised by the level of non-golf activity swirling around holes 1, 2, 3, 4, 15, 16, 17 and 18. 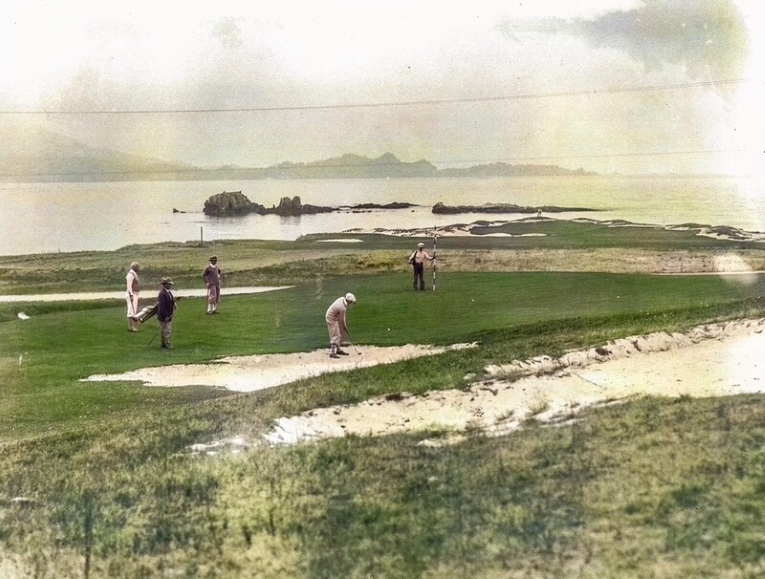 The penultimate hole stretches away in the distance and Egan did a fine job in filling up the space with the unique green configuration. Note how his bunker does not wall off the entire left side of the 17th green. 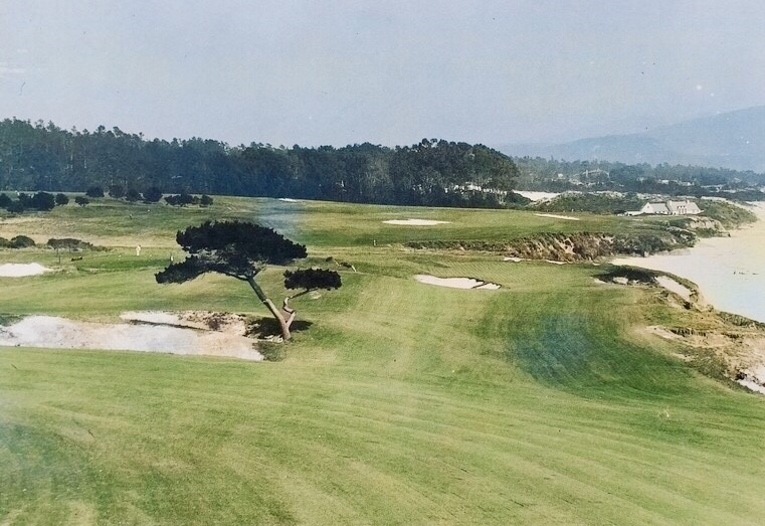 The Pebble Beach of yesteryear featured fairways more than double in width of today’s version. Egan’s greens were much larger – look at how the 9th green flairs out front left, back left, front right and back right. 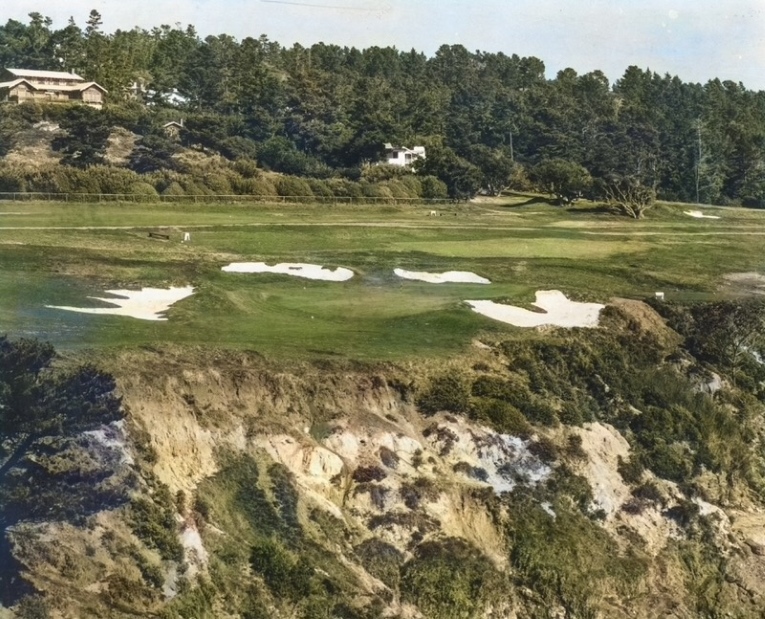 The approach to the 8th demonstrates the enormous benefits derived from the Pebble’s jagged coastline. Such a glorious moment is not possible if the coastline was merely linear. 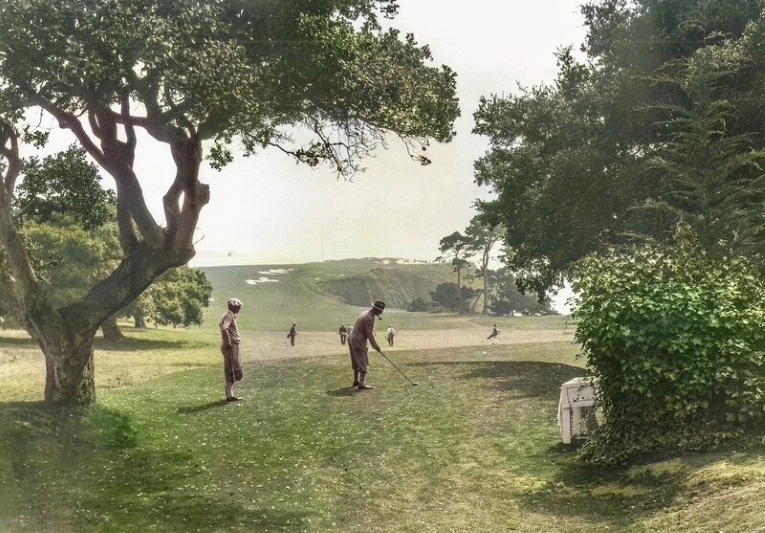 The sixth fairway stair-steps up and reaching the upper level from the rough is problematic.

Despite everyone’s lofty expectations, Pebble Beach usually exceeds them; that is truly amazing. No education in golf architecture is complete without a visit, though one must be cognizant of just how much has changed over the decades. We hope the colorized postcards convey a sense of the great artistry that has been lost so that the course may cope with the crush of 50,000+ rounds per annum.