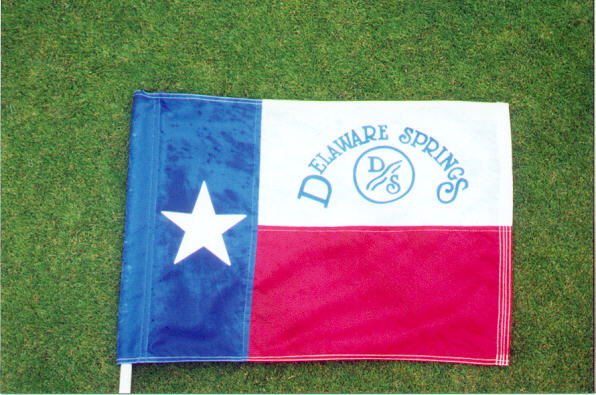 A reminder that you are in Texas.

Why do we feel an obligation to categorize golf courses – from ‘resort’ courses to ‘daily-fee’ layouts to ‘nine-hole’ courses to ‘mountain’ designs, etc. Such statements do the course in question harm, as they suggest that the course merits consideration only in that particular genre (e.g., that a ‘good resort course’ would fall short if it were at a private club). Delaware Springs Municipal Golf Course in Burnet, Texas is a course that would be shortchanged by such characterizations.

While it is imminently true that Delaware Springs is a ‘good bargain’ and a ‘very good municipal course,’ the design offers much more. If the green fee were twice the $30 weekend rate and the course were part of a resort, it would still be a course worth seeking out, for it was built in 1992 before ‘minimalism’ became the mis-used buzzword that it is today. 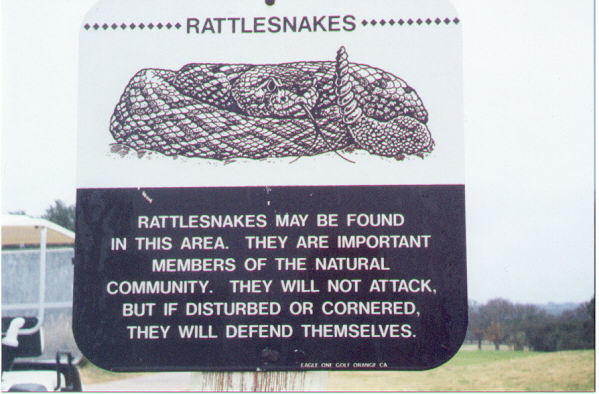 ‘Minimalist’ does not mean ‘easy’!

Delaware Springs is the work of Bunker Hill, the design firm of Dave Axland and Dan Proctor. While they are not yethousehold names to many golfers, a good number of people have seen their work, for the two have worked with Bill Coore and Ben Crenshaw’s firm for the better part of a decade.

Axland and Proctor met in 1986 at Kings Crossing Country Club, a Bill Coore design, in Texas where Axland was the assistant superintendent and Proctor an assistant professional. Their friendship grew, and the idea of helping smaller communities build quality courses was first discussed. They pursued the job in Burnet for the new municipal course. Several years later a bond election was passed for the course, and Axland and Proctor had their first solo project. In the interim, they had gained valuable experience, with Axland working on Kapalua’s Plantation Course and Proctor on Barton Creek. 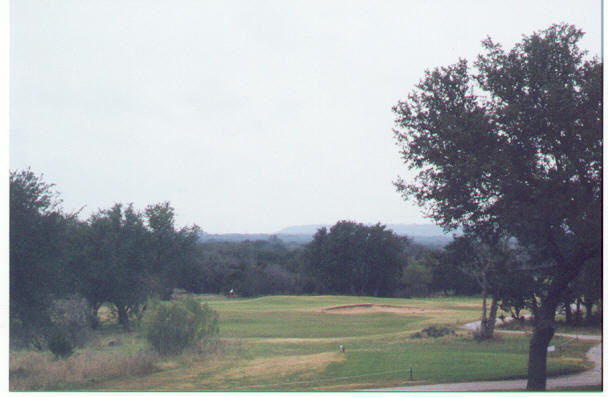 The 13th: Golf in the Texas Hill Country.

Partly as a reaction to the over-shaped courses of the 1980s, partly because of the underlying rock that prevented much digging, and because of the modest budget, Axland and Proctor set out to build a low-profile course whose strength would rely on interesting greens that would dictate the strategy from the tee. A full eight holes are bunkerless, but because of the use of the existing ground contours for fairways and greens as well as some key trees, a player is not aware of this fact while playing the course for the first time. It is not until he is driving away that the player starts to count the number of holes without bunkers. Such a ploy kept the construction budget down as well as the yearly maintenance figures.

However, where bunkers are used, they are used to great effect, both artistically and strategically. For example, on the 475 yard 4th, there is a bunker smack in the middle of the fairway some 20 yards short of the green, a distance that grabs the player’s attention when he has a wood or long-iron in his hands. The real beauty of the bunker, though, is that it distracts the player from the large greenside bunker to the left. A player focusing on just carrying the central bunker will often wind up in this left bunker, which might never have even entered his mind.

Hardly any courses featured on this web site have been praised for their use of trees, but Delaware Springs is one of them. On two holes, the 2nd (365 yards) and 6th (490 yards) the player is asked to play over a solitary tree in the fairway on his approach, and, like the bunker on the 4th, the player’s attention is distracted from the real challenge of each hole. On the former, the player has just a short-iron, but it must be precise to hold the shallow green (which, unfortunately, was changed a few years ago from the even more interesting original). On the 6th, the greenside bunkering scheme of one on the front-right and one along the left side requires that a long second shot that will hold the green must be brought in from left to right, up the axis of the green between the bunkers. However, holding a 3-iron, the player will often just ‘see’ the tree in the fairway he must clear. 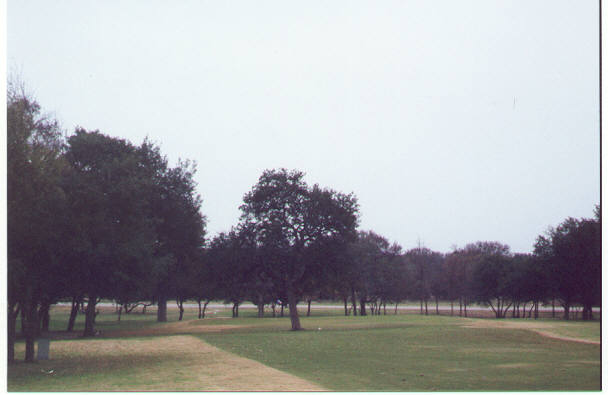 From the left side of the fairway, the tree is directly between the ball and the hole on the 2nd. 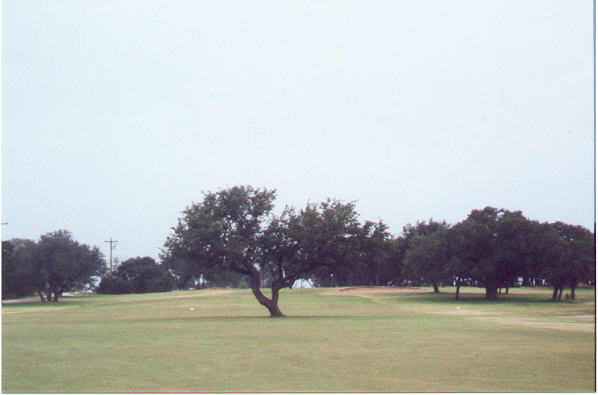 The second to the 6th, with the tree in the fairway dominating the player’s attention.

The greens themselves are quite thoughtful and refreshing, especially considering the year they were built. A good number of them (e.g., 2,3,8,10,12,15,17) slope away (or have a part that slopes away) from the player. When singing the praises of Delaware Springs to a golfer, Bill Coore was asked whether he thought the two architects had designed the course backwards, given the abundance of greens that slope from front to back!

1st hole, 505 yards: After a drive through the trees, the player comes across a most enticing vista, across the creek to the green set at just the right angle to both the fairway and creek to the left. The player has plenty of room to the right, allowing him to be as bold as he wishes with his second, never a bad thing for an opening hole. Still, two good shots make 4 a distinct possibility, an encouraging point for the start of a match.

10th hole, 450 yards: The most natural hole on the course, the 10th sweeps downhill from its tee by the clubhouse to a green that follows the ground, sloping away from the player. The bunker guarding the front-right part of the green are wisely positioned several yards short of the green so as to allow the player to bounce in his approach from a downhill lie to a right hole location.

17th hole, 310 yards: A rare hole in that it is a fine and frustrating short two-shotter where it is almost impossible to lose a ball (thanks largely to absence of sand and water). The green is tucked behind a few trees on the left, but, significantly, the flagstick is visible from the tee, teasing players to tack a crack at driving the green. The small green is pitched from right-to-left and slightly away from the player. Therefore, the ‘safe’ tee shot to the right leaves an undesirable angle, even for just a pitch. An excellent hole for this stage in the round.

The one drawback of the course is that, because of the ongoing housing development (which never intrudes on play), the course is spread out. The result is greater distances between holes than would be desired, making it less than walker-friendly.

Still, there is much to be learned from Delaware Springs, both architecturally and financially. The course is proof that a first-rate design need not be expensive to build or to maintain and can therefore be available to small towns looking for a golf course. Yet, so rarely is this carried out. Many courses have budgets similar to that of Delaware Springs, but few have the design quality. Why? It must be the architects. Axland and Proctor repeated similar themes at Wild Horse in Gothenburg, Nebraska – look for it as Chapter 2 of this story in 2001! 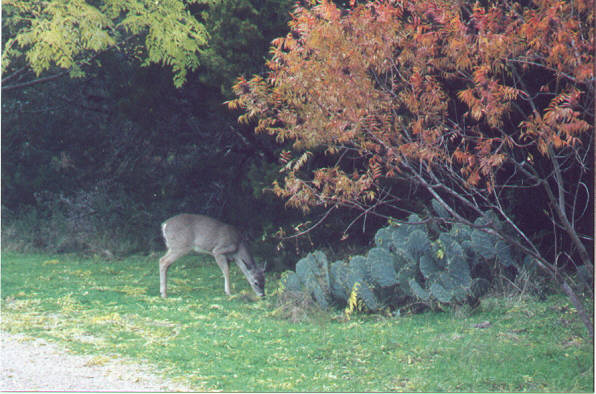 Delaware Springs: A pleasant experience for everyone.