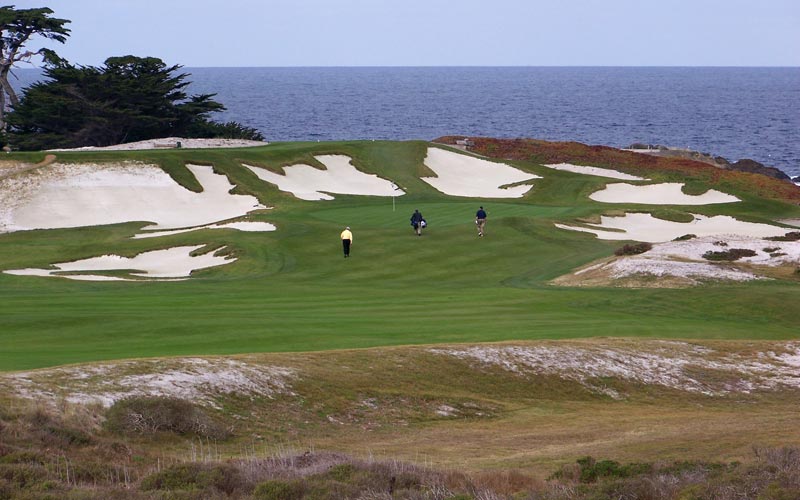 No architect has ever been better at building sub-400 yard holes than Alister MacKenzie and one of his very best is found at the thirteenth at the Cypress Point Club. 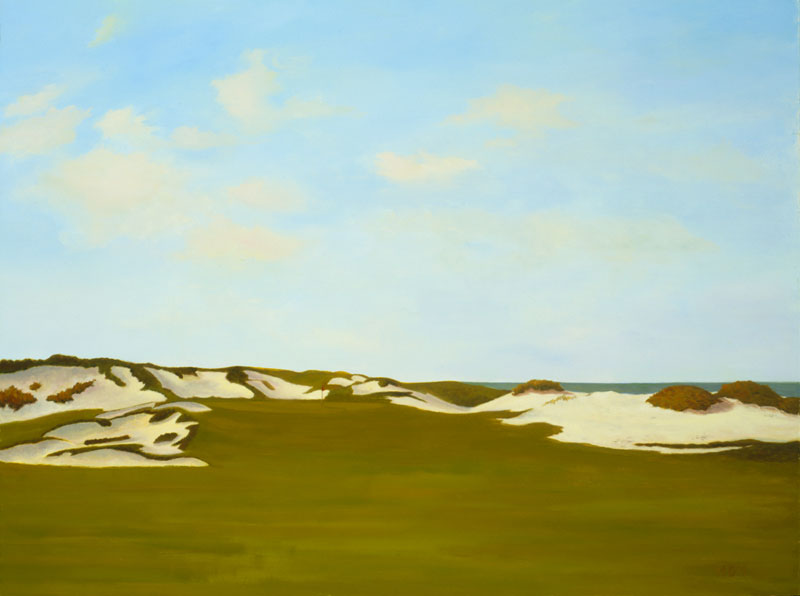 The approach to the thirteenth as captured by artist Mike Miller. Note how MacKenzie’s bunkers left tie in perfectly with the natural sandy area on the right.

Everyone, literally everyone, gushes over Cypress Point. If they didn’t, this website wouldn’t make sense. One of the author’s major contentions is that if a great architect is given a great piece of land, then a great course will follow. And at Cypress, the greatest architect was given his greatest piece of property, after the original architect Seth Raynor passed away.

To gain a true appreciation of this masterpiece in design, Geoff Shackelford’s book entitled Alister MacKenzie’s Cypress Point Club is an absolute must read. Additional minor observations include: 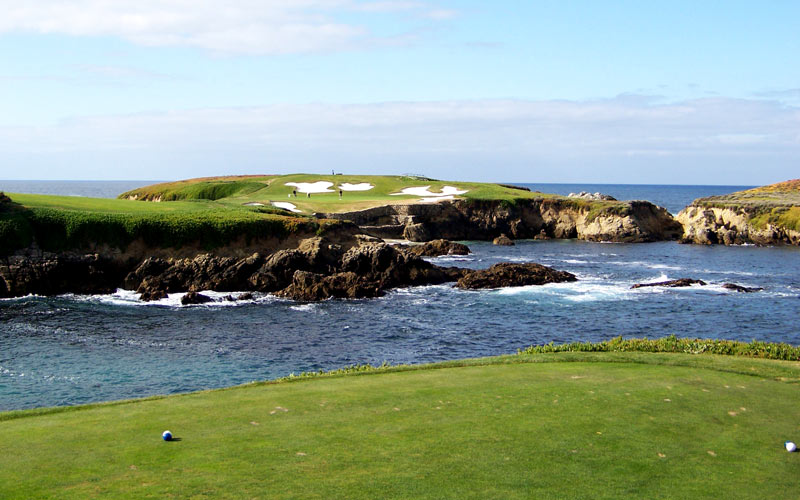 The greatest hole in the world – the one shot 230 yard sixteenth at Cypress Point. No surprise that it’s a half par hole where two tee balls may be intentionally played as far apart as fifty yards in direction. 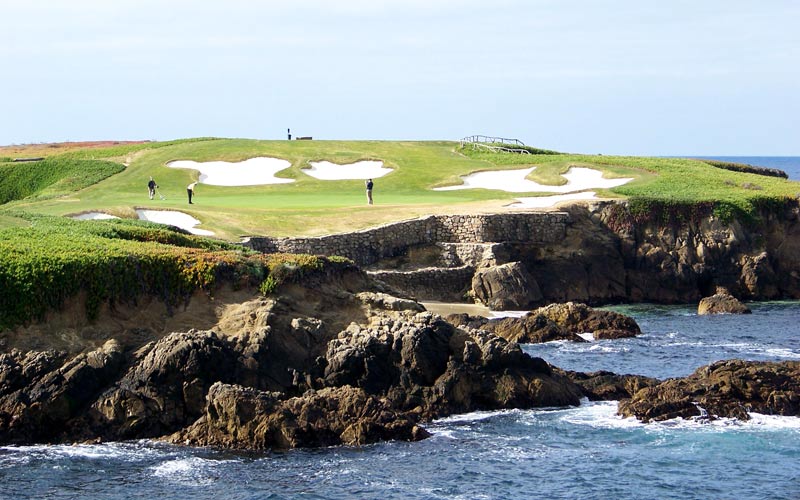 Cypress Point was built in the day of hickory golf. Indeed, this shot was so supremely terrifying/difficult back then that Marion Hollins had genuine difficulty in convincing MacKenzie to build the hole as a one shotter. 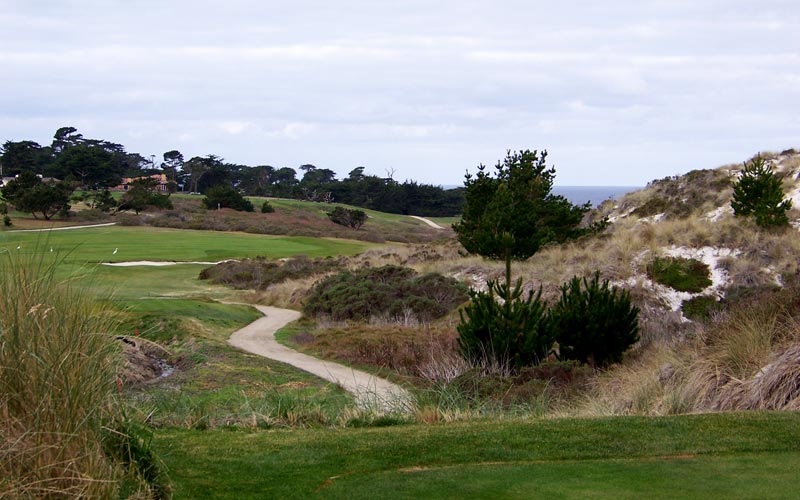 The view from the twelfth tee shows how the fairway flows around the dune to the right. 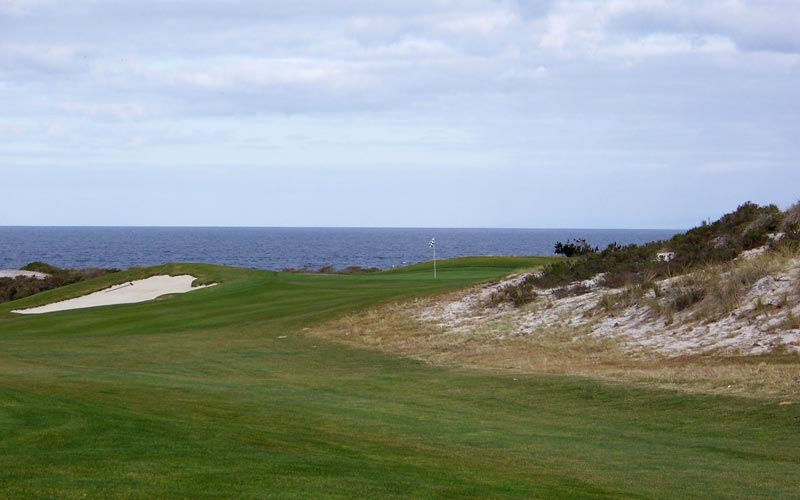 The approach to the underrated dogleg twelfth, where the best angle into the green is from the inside of the dogleg. MacKenzie showed great skill in benching the green into the dunescape. 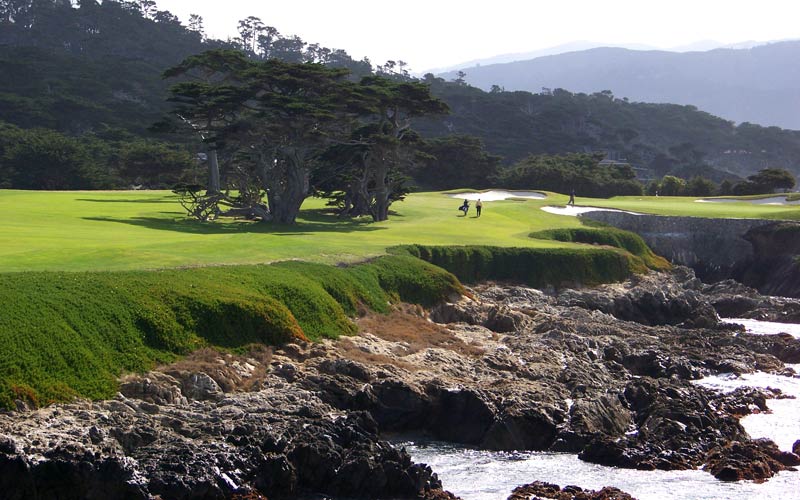 The more famous dogleg at Cypress – the 390 yard seventeenth hole – hugs the coastline with a grove of cypress trees creating a potential dogleg effect. 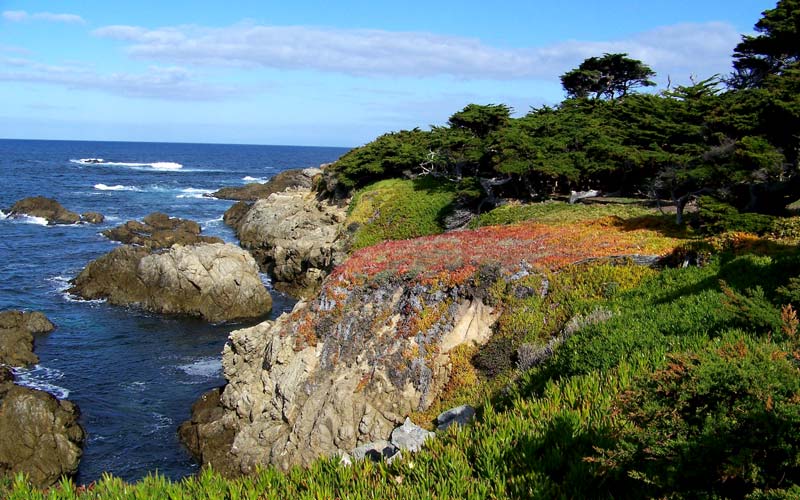 MacKenzie was the first to admit that he enjoyed several natural advantages (!) with his project at Cypress Point.